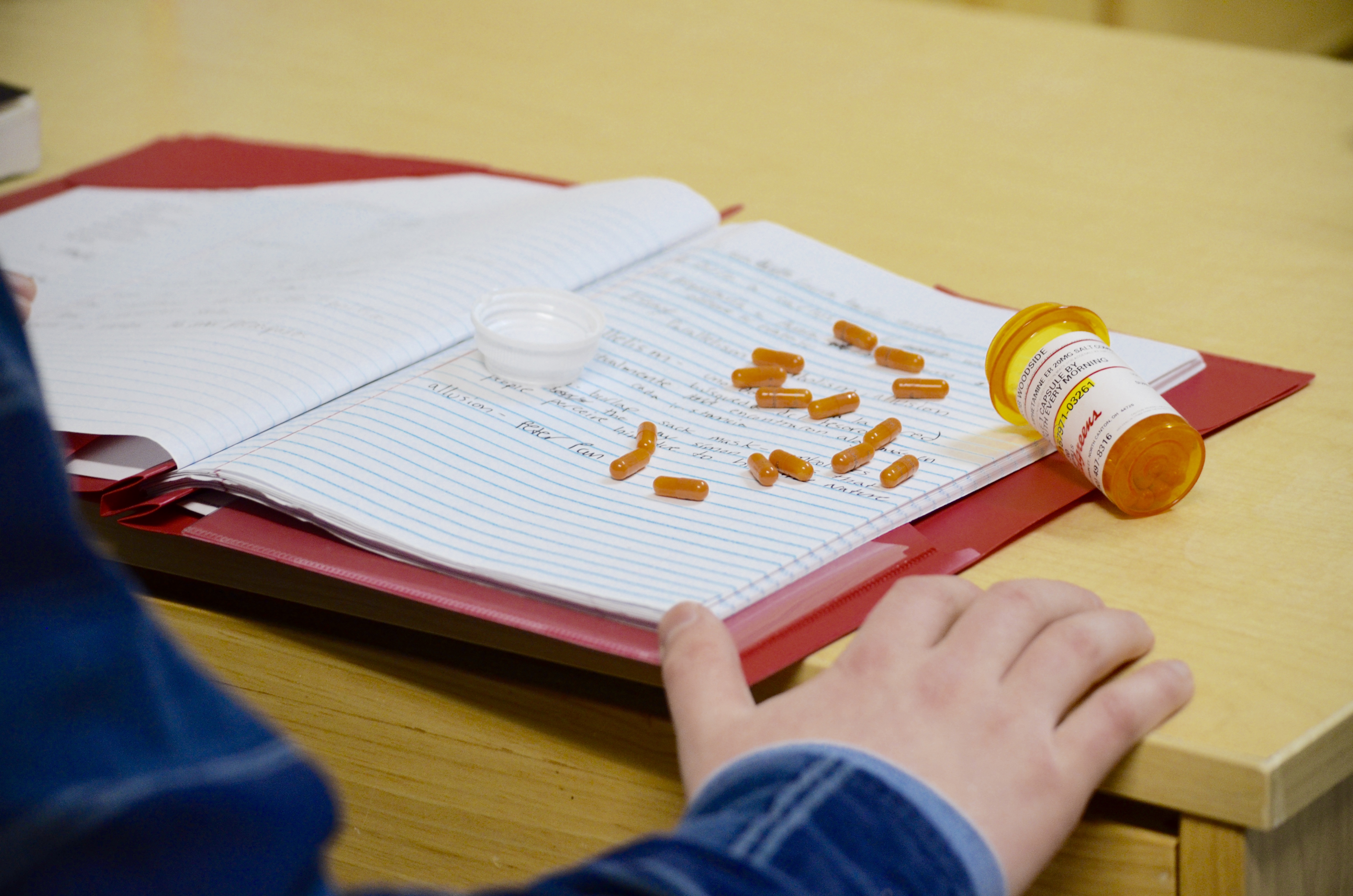 More than half of college students with an ADHD drug prescription reported being asked to sell their medication to peers and friends, according to research done by the Society for the Study of Addiction. Another study at New York University found that 29 percent of 7,300 surveyed believed ADHD medications helped improve their grades, despite not being diagnosed with ADHD.

Ohio Wesleyan University is no different than any other college in that there are some students who use prescription drugs like Adderall to help them get their work done.

Across college campuses in the United States these drugs are increasingly being used by students who are not prescribed the medication, because of its reputation for helping them focus on work or studying.

One OWU student, who wishes not to be named, said he sometimes uses Adderall when he needs to cram for an exam or paper.

“It’s kind of hard to explain how it feels, but it keeps you awake and like laser-focused so all you can really think about is the work in front of you. It not like it makes you any smarter.”

Attention hyperactivity deficit disorder, more commonly known as ADHD, is a condition that makes it difficult for those affected to stay focused. Drugs that are commonly prescribed for this condition include Adderall, Vyvanse and Ritalin. They are a a Schedule II controlled substance that fall under the class of amphetamines and stimulants, and are designed to help those with ADHD remain attentive.

Dr. Kira Bailey is an Assistant Professor of Psychology at OWU who teaches classes such as Neuroscience and Psychopharmacology. She said drugs like Adderall work by increasing the release of certain neurotransmitters in the brain, particularly dopamine and norepinephrine.

“Dopamine is typically associated with things like reward, and norepinephrine helps increase arousal and attention,” Bailey said. “That’s why the general effects of an amphetamine like Adderall is an increase of general activation in the brain and body, so the person might feel like they’re better able to concentrate or pay attention.”

A survey by the Michigan Daily in Ann Arbor found that of the 1,300 respondents, 25 percent had used stimulants such as Adderall for schoolwork or to take an exam. However, only 8.95 percent of those respondents said they were prescribed Adderall by a physician or psychiatrist. Many of the others got the Adderall by buying it from another student.

One former OWU student said he used to sell much of his excess Adderall, which he had a lot of. He wished to remain anonymous.

“The one year I was selling I probably sold to around 60 kids, and 20 of those were regulars,” he said. “When it got close to finals I started getting random texts from people I hadn’t even met asking if they could buy.”

According to the same source, the street price for Adderall usually ranges anywhere from $3 to $10 a pill depending on strength.

There are many students with a prescription who feel uncomfortable with the idea of sharing their medication. Jakob Woodside, a junior at OWU who has been taking Adderall since he was 6-years-old, said he refuses to sell his pills to anyone.

“I honestly try to not tell people I have Adderall, because I know that there is a good chance they will ask to buy some,” Woodside said. “When I came to college my mom told me to hide my pills because she knew that kids would want it.”

According to Bailey, the side effects from these drugs are similar between people who use with a prescription and those who use without. However, they are much more prevalent and dramatic for those who do not have a prescription. Some of these effects include anxiety, sleeping problems, shortness of breath and in extreme cases even psychosis.

Addiction is not usually a risk at the levels that doctors prescribe this medication for their patients. But Bailey said that this risk increases for people who take their friend’s pills.

Bailey said she thinks the growing prevalence of drugs like Adderall on college campuses stems from a combination of its availability as well as increased pressure for students.

“Everybody feels like they need to be doing more and at the end of the day you only have so much time,” Bailey said. “So how do you do more with the time you have? Adderall probably looks like a really good option for some people.”

One thought on “Study pills or addiction pills?”