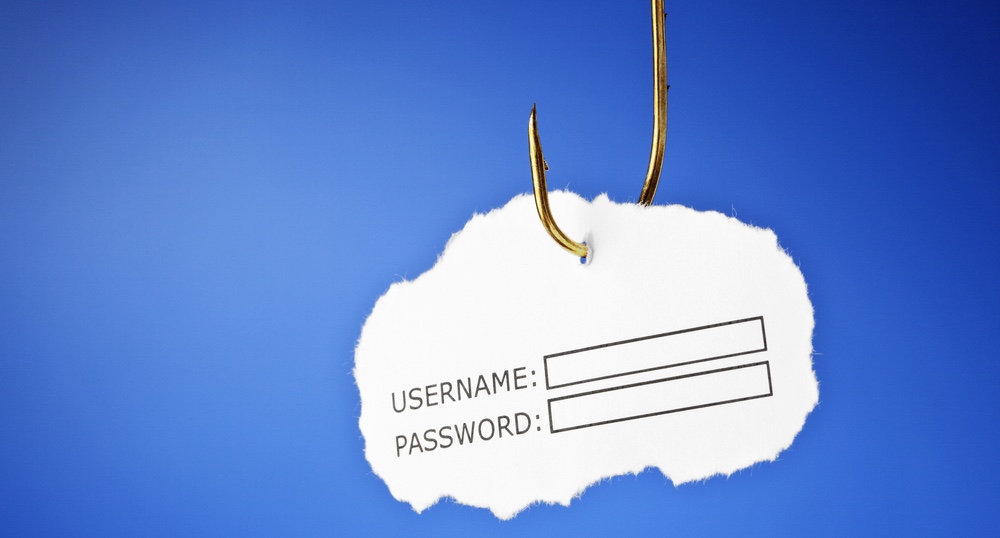 Phishing emails continue to find their way into student, faculty, and staff member inboxes at Ohio Wesleyan University (OWU). The biggest questions are who are they coming from and why haven’t we caught them?

According to Mike Rue, OWU’s IT help desk communicator, sometimes the culprit is never found. Phishing emails arrive on campus almost every day. People don’t always report them. In an interview, Rue said people generally send phishing emails either to gain access to an account, send spam from that account, or send out more phishing emails.

“They first acquire others email accounts to do their dirty work,” Rue said. “sometimes three to four emails to make it hard to track.”

When a phishing email is sent and reported, there are two routes that the university takes in tracking who it came from. One is to secure the users account that it was sent from. The other route is to block the web link that comes in the email. This only works if it’s on campus.

Senior systems and security analyst, Jason Cocks, says most phishing emails come from mail servers around the world. Phishing messages can be sent through text messages and social media as well.

Cocks says that there are two types of phishing messages, spear phishing and general phishing. Spear phishing is when the target of the message is individually selected for an attack, in which that target will have a specific reason for being attacked. In those cases, Cocks says they are typically targeted for their status or the information that they have. General phishing emails are sent out to a group of people in hopes to persuade at least one person to giving up their information.

Educating people about phishing emails is preferred over going through victims’ emails to find the origin of the phishing email, says Cocks.

“If there is official communication coming from the university through email there will always be contact information in that message,” Cocks said. 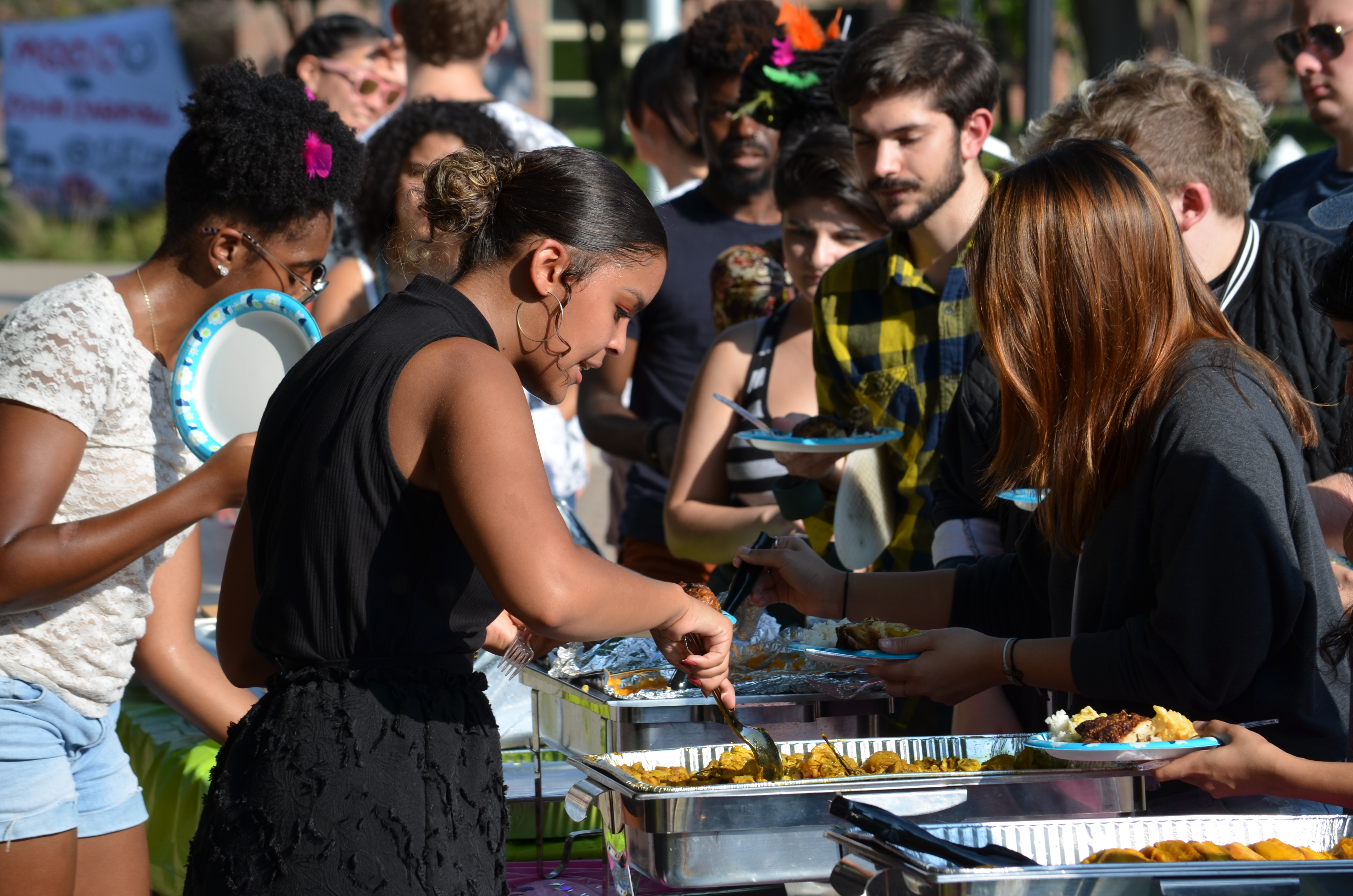 Funnel cakes, a steel pan musician, and Samba dancers were some of the many attractions that got over 150 students and staff to come to Ohio Wesleyan’s (OWU) first ever Caribbean Carnival.

Rafiki Wa Africa collaborated with Black Student Union (BSU), and Black Men of the Future (BMF), to host their first Caribbean Carnival on the JAYwalk on Sept. 14.

During an interview, Oshane Tackore, vice president of BMF said, “The food was amazing, the dancers are really good, the music was really good too, I don’t set high expectations but I think it turned out great.”

Steel pan musician Ken Greene, from Cleveland, Ohio, started off the carnival with some Caribbean beats. Daniela Black, who is originally from Trinidad and current president of Rafiki, shared how the steel pan is the national instrument of Trinidad and Tobago and is used in many of the songs during carnival.

Two Samba dancers from Chicago taught attendees a few Samba dances for the remainder of the Carnival. Samba is a Brazilian dance with origins in Africa. Students and faculty were able to follow along with step by step instructions given by the Samba dancers. At the end of the Carnival, students participated in the Trinidadian tradition of J’ouvert by throwing powder paint on one another.

“We definitely drew a crowd of different cultures. I don’t think OWU has ever had an event like this with this type of food. People really enjoyed it,” BSU president Jenelle Collier said.

Students and faculty had a chance to watch and learn about the musical culture in the Caribbean in addition to tasting food and drinks from Trinidad and Jamaica. The menu included curry chicken, jerk chicken, chicken stew with white rice and peas (rice and beans), plantains, mac’n’cheese, beef patties, funnel cakes, ginger beer, and Jarritos.

Freshman Miah Katalenas said that she heard about the Carnival through a friend and was really pleased with the food.

Black says that the purpose of having the Carnival was to expose the OWU community to a slice of Caribbean culture and cuisine.

“Caribbean people on this campus are underrepresented and this is something that has never been done on this campus and it was great to share it with a place many of us call home for four years,” Black said. 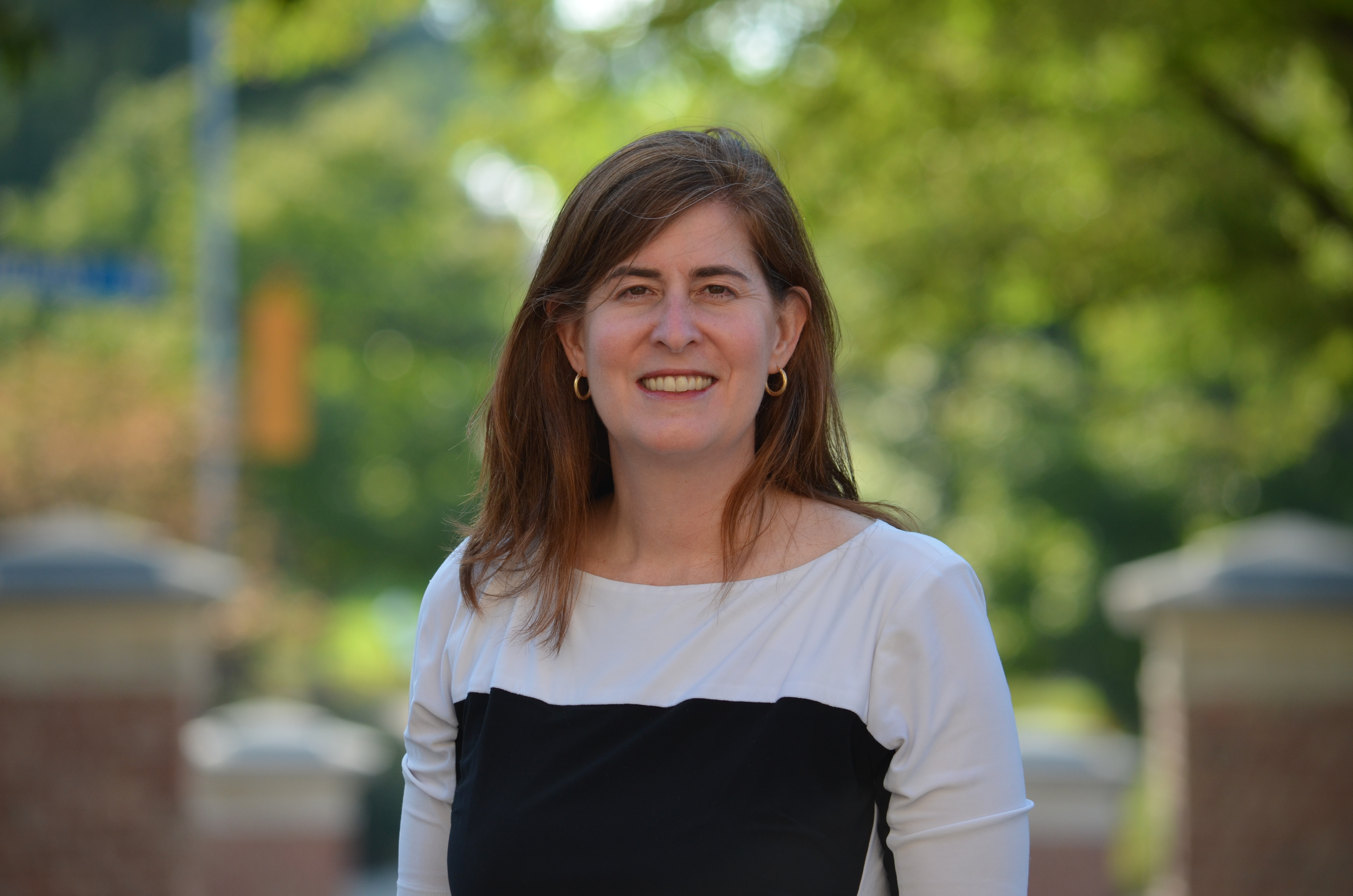 Ohio Wesleyan University (OWU) looks to continue to bring in more prospective students from diverse backgrounds with its latest hiring.

Stephanie Niles is OWU’s new vice president for enrollment and communication. In this role, Niles will help determine enrollment goals, monitor financial aid policies, and work with the University Communication Team to determine the most effective messages and the communication tools needed to interact with prospective students, parents, college counselors, current students, their parents, alumni and the public.

“Ultimately, my goal in this first year is to learn as much as possible about OWU’s enrollment efforts and work to ensure that we have the necessary people, tools, and strategies in place to achieve our desired enrollment outcomes.” Niles said.

Senior Will Ashburn is president of the Student Executive Admissions Board. Although he does work with Niles daily, he says, “she is really supportive of the student workers. She understands the importance current students have in recruiting prospective students and supports us all accordingly.”

At the end of September, Niles will be the president of the National Association of College Admissions Counseling (NACAC). This is an organization that currently holds around 16,000 in enrollment as well as counseling professional members around the world.

“My role as the NACAC president is a highly visible one, and hopefully will serve to bring more recognition of Ohio Wesleyan to college and independent counselors.” Niles said.

Originally, Niles wanted to be a Broadway star, and she majored in musical theatre at Wagner College in Staten Island, New York. After deciding that it wasn’t the right fit, she transferred to three different schools. At the University of Virginia (UVA), Niles found an interest in the admissions process. She received an internship in the admissions office at UVA, then later obtained her master’s degree in higher education/student affairs.

“I have a great job – I get to help students realize their college choice and introduce them to the pathways that will shape the rest of their lives.” Niles said.

Niles is passionate about her family and says that after her son finishes his senior year in Pennsylvania and goes off to college, her daughter, husband, two dogs, and cat will join her in Ohio.

“I love watching my kids discover their joys and passions and help them pursue their dreams.” Niles said. 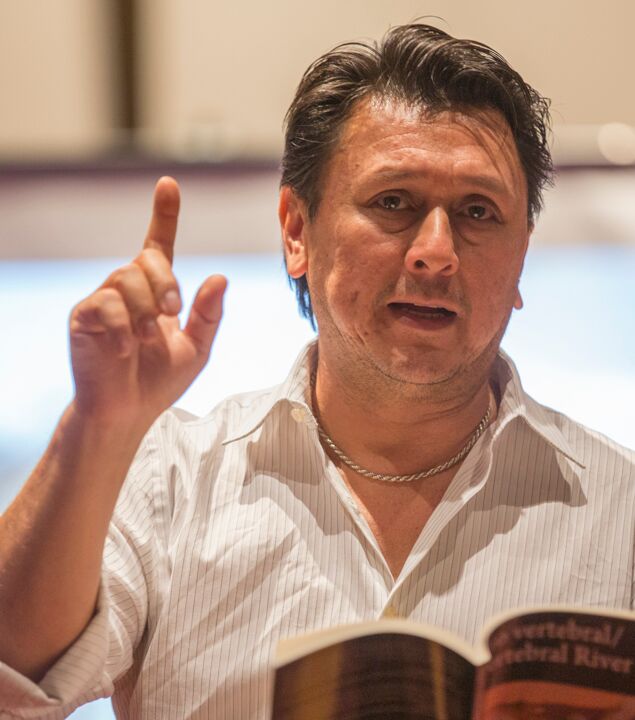 “Up till now many of us have placed much efforts. Unfortunately, many of these well-intentioned inclusivity efforts lacked a mechanism for its continuation,” Rojas said.

For the first time in 14 years, the Council for Diversity, Equity and Inclusion Policy Statement has been revised. One of [Rojas’] many goals is to create a more comprehensive academic environment for all students, faculty and staff of under-represented groups. By finding ways to improve organizational culture and existing policies he believes that this goal will be met.

To help create a more inclusive culture on campus, Rojas says that he feels empowered to making greater academic and administrative contributions. Junior Paris Norman says, “It would be nice to have more available classes that are not Eurocentric.”

In Rojas’ previous position as associate dean for diversity and inclusion here at OWU, he was active in implementing ways to attracting a more diverse faculty and staff while also embedding diverse views, perspectives and experiences throughout the curriculum. Rojas says that he will continue to do this as chief diversity officer. Rojas recently attended the National Association of Diversity Officers in Higher Education annual conference in Washington, DC and plans to continue his participation in regional and national seminars, workshops and conferences to bring updated and practical information to his role.

“Diversity, equity and inclusion matters require someone that can offer positive and active communication and for that reason, I have been trained in institutional inter-dialogue,” Rojas said.

His essay, Advocating for a Diversity and Inclusion Commitment at Liberal Arts Colleges: Essential Conversations in the Role of the Chief Diversity Officer will be published as a chapter in the upcoming book, Valley of Hope: Campus Diversity Triumphs. The book examines the experience educators have while working towards sustaining diversity, equity, inclusion and multiculturalism on college campuses.

Rojas grew up in Ciudad Juárez, México. After graduating high school his plan was to be an industrial engineer. He was accepted into The University of Texas in El Paso (UTEP) where he had to commute every morning by waiting one or two hours for the international crossing bridge. This took a toll on his academic success. He was not given the academic guidance he needed and in turn, he took a year off school and worked as a salesperson.

“One night, during dinner, I told my parents that I wanted to be a poet and complete a Ph.D. in Spanish,” Rojas said.

He went back to UTEP and finished his B.A. and M.A. in Spanish. He later obtained his Ph.D. in Spanish at the University of Arizona. He taught language and cultural studies to first generations students college students, Spanish heritage students, international students and nomad students.

“[I] realized that many challenges that I experienced as an undergrad student were similar or the same than those limiting my students’ possibilities to succeed,” Rojas said.

He wanted to help. In 2004 Rojas became a member of the OWU community. He says that he is passionate about helping create a culture where everyone can thrive and succeed. To do this, he says that he must help create an environment that is equitable and inclusive.

“This role offers me the possibility of helping in the creation of an inclusive culture, but we all need to work together, this is not a one-person role, and many students, faculty, staff and administrators are already putting efforts, but we need many more people engaging,” Rojas said.